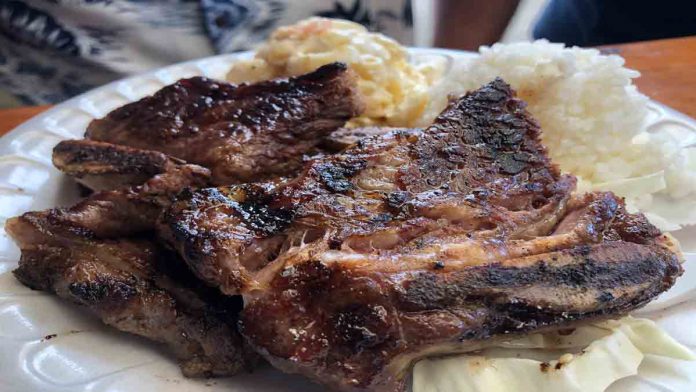 Some, say the plate lunch first appeared in Hawaii after World War II on the plantations, others say Rainbow drive inn was one of the first to sell them in 1961.

It was created because plantation workers were poor and having two starches was enough to fill someone up. Kalbi was introduced by the Koreans who came to Hawaii to work on the plantations.

Cooking Hawaiian Style - September 26, 2022 0
CHS welcomes actor Stephen Hill to our kitchen. Stephen is the actor behind the character TC in “Magnum P.I.” filmed on location here in...