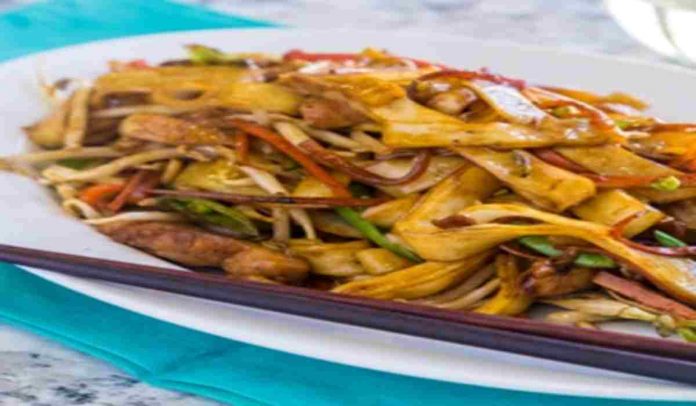 Gordon Lum makes his popular Chinese look funn noodles with chicken – look funn is similar to chow fun but it comes in flat sheets and is cut into thin noodles.  The texture is a little more tender than chow fun noodles. 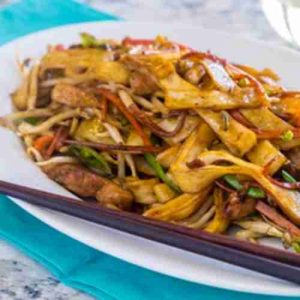